Hi guys, In this document, we are going to talk about a mobile Linux platform. Termux is a terminal emulator for android. We can use it to install Linux tools on a mobile phone. Here you can find a termux command list to do various tasks from your phoner.

I saw many of you guys are searching and asking about this, So I decided to write some stuff about this Terrmux environment.

You can download and install it directly from the play store. Since you are working with a Linux platform you can use many bash commands like cp, ls, pwd etc. 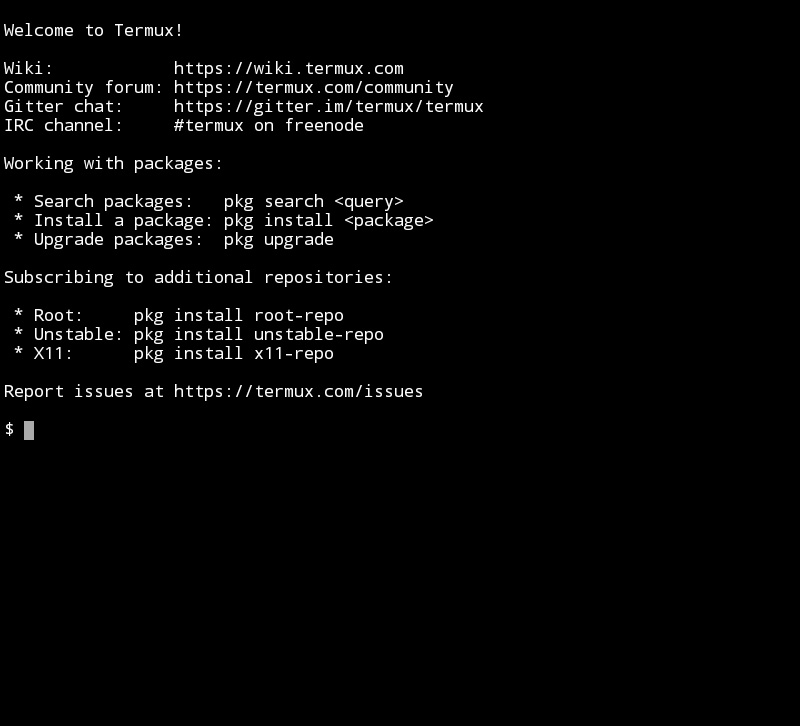 So let's see some commands we can use with the terminal emulator.

You can get the current working directory by entering the command "pwd". pwd stands for "Print Working Directory".

To create a new directory you can use the mkdir command. Let's combine "ls" command and "mkdir" commands in one example.

At first when we used ls one file and one directory was listed. Next, I created a new directory named "new_folder". After I use "ls" again you can see our newly created folder is listed there.

We can create a file with the touch command. The syntax is touch [filename].

We can delete a folder or a file with the rm  command.

To delete a directory we used rm -r. If you don't put  -r you will be prompted for confirmation.

In Linux environments, we don't need to worry much about finding and installing software. They are hundred of applications as packages. We can use commands to install those in our system. In Debian based systems we use the apt package manager. Termux developers also offer a large number of packages to install on your device. 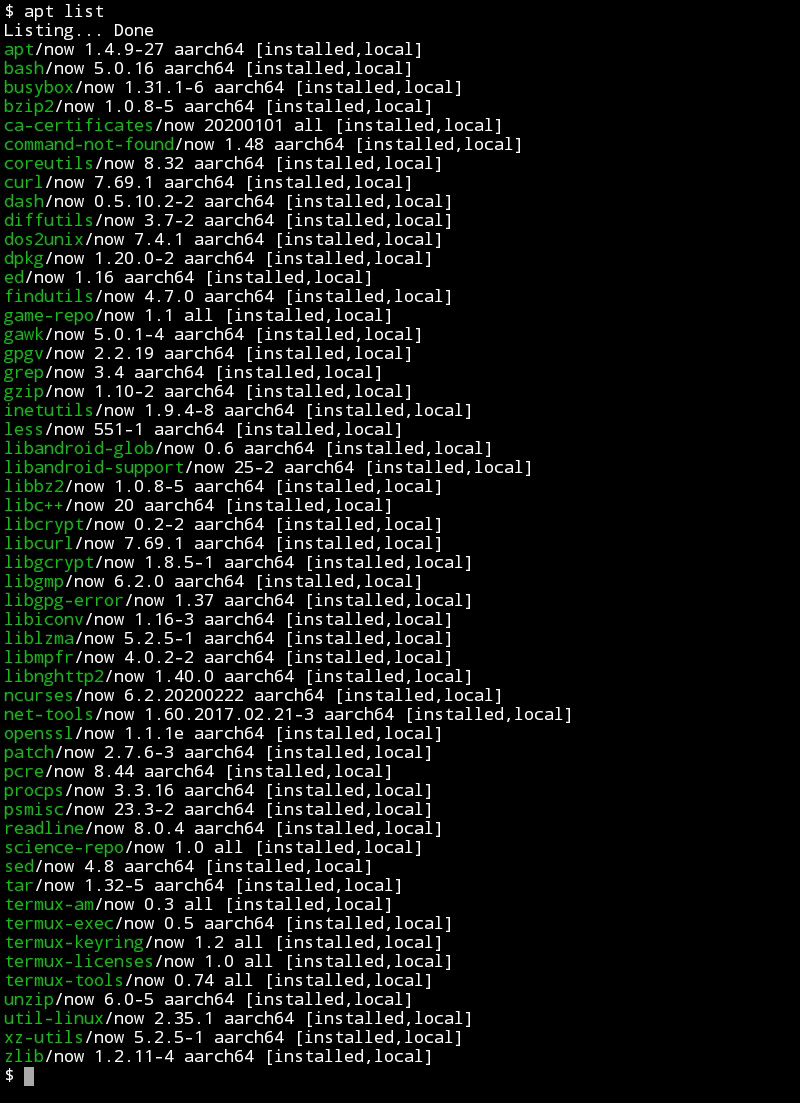 We can install some programming languages like Python, C, Ruby, etc on Termux.

Python is the most used scripting language in hacking and penetration testing. We use it to automate stuff and build tools. Also, Python is highly used in mashing learning.

C language is the core language of many other programming languages. You can learn computer architecture deeply if you get a good knowledge of C.

If you want to install Metasploit on termux you need Ruby. Because MSF is coded in Ruby.

If you are planning to learn  hacking, Assembly is a must to learn. I suggest you write codes in C, Then disassemble them and learn Assembly.

Turn your phone into a web server

You may use the following command to server on port 4444.

Actually we install the apache server on your termux environment. Not only apache, PHP, and python also can be installed. So you can run a fully functional web server on your phone.

Some useful tools to install

These are the Linux manual pages for programmers. There are hundreds of documents explaining various API s and tools. For example, if we want to know about the read() function in C you can just type "man read". It will open a page explaining how to work with read function.

You may install the manual pages with the following command.

This is a simple text editor that can be used in the terminal. We use this tool often in Linux programming and text editing stuff. In the following image, you can see a screenshot of the nano editor. 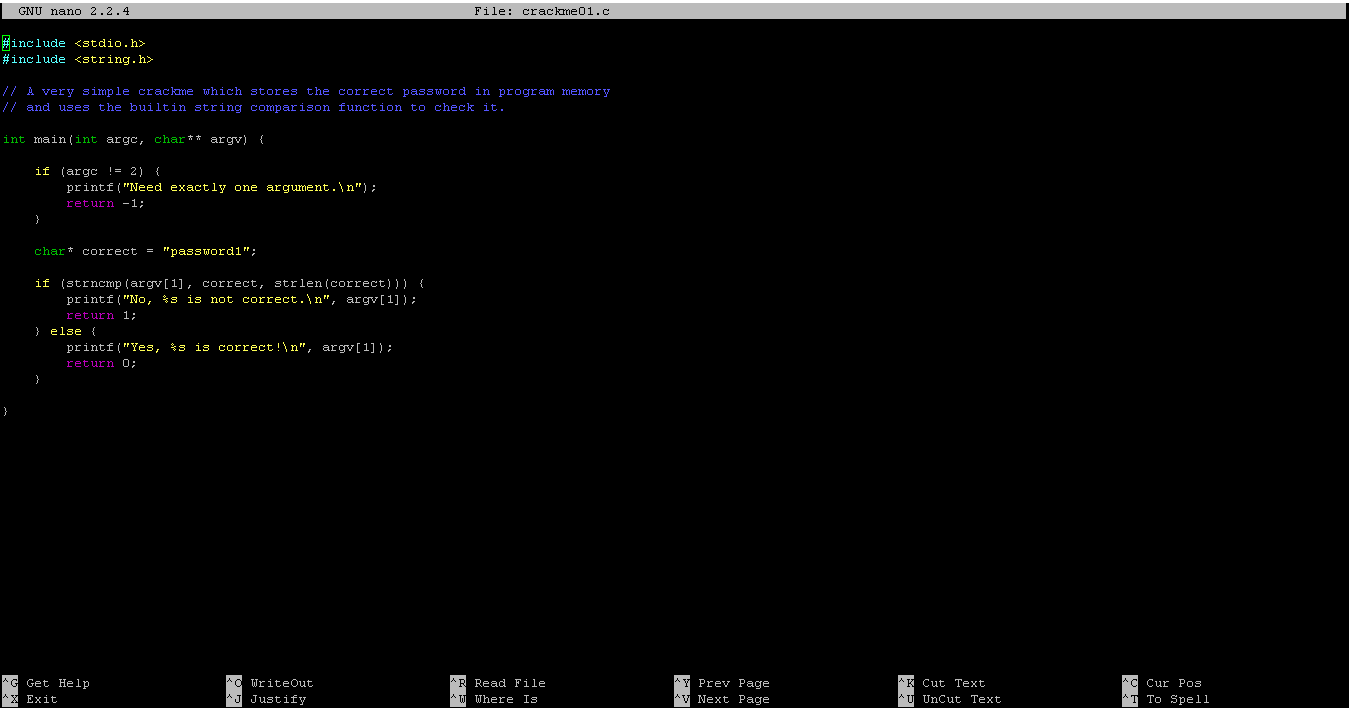 After you complete editing you may press ctr+o to write out to the file.

GDB is a debugger that used in the Linux platform. IT is an awesome tool when we come to exploit development and reverse engineering. You may learn more about GDB from our debugging binaries with the GDB tutorial.

This one of the most useful things you can do in the Termux environment. SSH stands for Secure Shell. By using SSH you can access a Linux server from your mobile.

To install SSH client install OpenSSH by entering the following command on your terminal.

You may have heard something called "Hacker's swiss army knife". Yes, that is netcat. We can do much useful stuff with this tiny tool. I have good news for you. Netcat is already installed on termux by default. You can access it with the command nc.

If you are interested in cybersecurity, I bet you are already familiar with this awesome tool. Nmap stands for network mapper. It is used to scan networks.

So guys this all for today's tutorial. I know you also know some interesting stuff about the termux. Feel free to share them in the following comment section. Thank you for reading.

File access is an essential feature of any programming language. In C we can use two methods to....

Today I selected an interesting topic to discuss. Here we are going to disassemble a binary file....

On this tutorial we are going to learn how we can access the file system with python. Hear we have....

Function prologue and the stack